The recent history of Southampton FC 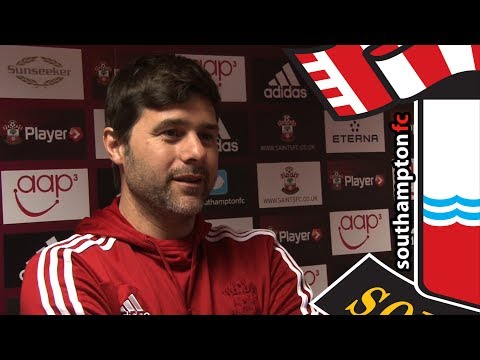 Back from the Brink

McMenemy’s feelings on the matter were indicative of those of the majority of Saints fans on hearing the news.  As is common-place these days social media was where the opinions of most supporters could be heard.

“Is this the worst managerial sacking of all time?”

Lambert and co celebrate another goal

“I don’t think there is a Saints fan who isn’t ashamed of their club right now.  Scandalous and downright wrong decision”.

“Back to back promotions, unbeaten in 5, & 15th in Premier League, apparently = grounds for dismissal!”

From Zero to Hero

Nigel Adkins had been a relative unknown during his goalkeeping career.  He played for Tranmere Rovers from 1983 until 1986; he then joined Wigan Athletic where he stayed until 1993.  He wound down his playing career with BangorCity from 1993 until 1996.  It was with the Welsh club that he also took his first steps into management, signing as player-manager initially.

Adkins led BangorCity to two consecutive Welsh league titles in 1994 and 1995 before leaving the club in 1996.  He moved to Scunthorpe United as the first-team physio.

The man from Birkenhead spent ten years as the physio at The Iron.  In November 2006 Adkins was appointed caretaker manager following the end of Brian Laws’ second managerial spell at the club.  Laws left Scunthorpe to take the managers role at Sheffield Wednesday.

Adkins immediately guided Scunthorpe to the Championship by securing promotion with three matches to spare that season.  They went on to win the League One title that season.

The next season Adkins could not keep his team in the Championship but he secured promotion again the following season, and clung on to Championship survival with a 20th place finish in the 2009/10 term.

Oh, when the Saints….

It was on 12 September 2010, when Adkins joined Southampton.  Again Adkins led his team to promotion at the first time of asking.  They finished 2nd in League One, three points behind champions Brighton and five ahead of their nearest challengers, HuddersfieldTown.  Rickie Lambert, who had been signed from Bristol Rovers in 2009, was their top scorer with twenty-one goals.  Costing the club a relatively cheap £800,000, Lambert would go on to be one of Southampton’s most notable bargains in recent years.

In the 2011/12 season instead of struggling with the step up to the Championship a successive promotion followed, this time to the glistening heights of the Premier League.  Southampton also finished 2nd that season, securing automatic promotion behind champions Reading.  Again Lambert finished as top scorer with twenty-seven league goals for the Saints.

In August 2012 Southampton played their first top flight game since May 2005.  As luck would have it they had to travel to the reigning Premier League champions, ManchesterCity.  The Saints gave a great account of themselves and just lost out 3-2 in the end.  Unfortunately the results did not pick up and Adkins’ men could only manage five points from their opening eleven games.  They seemed to turn it around for a spell after that with only two defeats in their next twelve league games.  This improvement lifted Southampton to 15th position, three points clear of the relegation zone.

The light at the end of the tunnel was nearing for Adkins and his team, or so he thought.  After another spirited performance at StamfordBridge, salvaging a 2-2 draw from being 2-0 down, Adkins was dismissed.  This took most fans by surprise.  Just when their leader seemed to have got the team performing at a level that could secure Premier League survival, he gets sacked.

To understand this decision we need to learn some more about the man who made it.

The Sanity of Saint Cortese

When Markus Liebherr completed his purchase of Southampton in 2009 he appointed the Italian-born Swiss banker, Nicola Cortese as Executive Chairman.  Cortese was to take over the day-to-day running of the club.

In August 2010 Markus Liebherr passed away.  Less than a month later Cortese sacked Alan Pardew and brought in Adkins as his replacement.  Liebherr’s daughter, Katharina, became the rightful owner of the club in her fathers wake.  Communication between Katharina Liebherr and Nicola Cortese is thought to have broken down at some stage in late 2010, more on this later.

Nicola Cortese is one of a rare breed; a Chairman who knows his football and has the clubs best interests at heart.  Along with Markus Liebherr, Cortese saved Southampton from liquidation in 2009.  Under his guidance they are now an established force in the Premier League, having said that Cortese was described as “an embarrassment” by fans and former players alike after dismissing Nigel Adkins in January 2013.

“I’m shocked at the timing, it’s very strange and it’s an odd thing to come to terms with today,” said Saints legend Matt Le Tissier.  ”It seems to be the way the club’s being run under the chairman.  Nothing’s surprising and it’s a bit of a laughing stock.”

That was damning and, it must be said, extremely harsh and short-sighted criticism coming from Le Tissier.  However, I am working with the advantage of 20:20 hindsight.

Cortese is a perfectionist, as are so many of the larger personalities in sports.  This man has brought his fantastic business acumen and transferred its uses to that of running a growing football club.  He immersed himself in the daily running of the club from day one.  Cortese has overseen the design and building of Southampton’s new training ground which they are due to move into this coming summer.  The club has a fantastic scouting set-up along with a youth system devoted to developing the best in English talent.

It is this need to achieve the ultimate standard in everything he is involved in that leads to the dynamic goals in Cortese’s vision.  Nigel Adkins served his purpose well for Cortese but the Chairman then felt that the manager could not take the Saints any higher.

Faith in an out-of-favour manager

The next step for Southampton called for ex-Argentinian defender, Mauricio Pochettino.  Pochettino is probably best remembered for his long hair and penalty-conceding challenge on Michael Owen at the 2002 World Cup.  The centre-half made twenty International appearances and spent ten years of his seventeen year professional career at Spanish club, Espanyol.

Pochettino went on to manage Espanyol from January 2009 until November 2012.  His contract was then terminated “by mutual consent”.  He had managed to lead Espanyol to a comfortable position in his three full seasons there but his sacking came when Espanyol were bottom of La Liga with only nine points from thirteen matches.

Cortese took the brave step of bringing Pochettino in to replace the fans favourite Nigel Adkins.  Pochettino had to step in and replace the man that had led the Saints to two successive promotions in the most recent two seasons.  Comments such as the starting statement in this piece from Lawrie McMenemy were common-place and not without substance.

The Southampton Chairman however had been impressed by what he had seen from the Argentine’s leadership qualities.  Also, it is worth remembering that Cortese is a more hands-on Chairman than the usual “suits” we see at the helm these days.  Therefore Pochettino’s style also played a part in Cortese’s decision.  He wanted his team to adapt Pochettino’s possession-based, high-pressing approach to each game, no matter who the opponents.

Cortese stated that “Mauricio … is an astute tactician and an excellent man-manager”.  Pochettino recognised before arriving how important Cortese was to the Saints, “He has a clear vision aimed at starting a new era of sustained success in the Premier League and beyond”.

Pochettino’s first game in charge was a 0-0 home draw against Everton; his first win as boss was on the 9th of February, a memorable 3-1 victory against then reigning Champions, ManchesterCity.

Southampton went on to finish in 14th position in the Premier League in May 2013.  Pochettino had them playing his way, the way Cortese wanted, and relegation was never really a danger to them in the second half of the season.

The Saints started the current season strongly and were as high as 3rd position back in November.  A poor run from late November until January saw them win only two of their next ten league games.  Even after that poor form however Southampton are sitting pretty in 9th position at the time of writing.  They are seven points clear of 10th place HullCity.

Pochettino’s squad now boasts at least ten full International players.  Regularly impressive performers such as Lallana, Rodriguez, Lambert, Schneiderlin, Lovren, Clyne and Shaw look like they’ve played in the Premier League for years.  It will be interesting to see how high these players can take their team in the coming years if they stay at St Mary’s.

And nothing remains the same.  On January 15th 2014 Nicola Cortese officially left his position as Executive Chairman of Southampton FC.  The owner, Katharina Liebherr, named herself as his immediate replacement in the role.  She will be acting in a non-executive role, aiming to appoint a CEO in the coming months.

“With great regret we have accepted the resignation of Mr Cortese.  He has done a wonderful job and we very much wanted him to stay.”

That was the official statement from Ms Liebherr but her relationship with Cortese had broken down shortly after the death of her father, Markus, in late 2010.

After Mr Liebherr’s passing Nicola Cortese stated that “well-laid plans” that had been agreed with the late owner would “continue to be implemented uninterrupted”.  However Katharina Liebherr wished to sell the club her father had purchased through Cortese in 2009.  Cortese initially considered resigning in May 2013 and only stayed on after being assured by Ms Liebherr that she would not actively seek a buyer for Southampton.  The issue raised its head again in the autumn though and Cortese actually submitted his resignation in November 2013 with Southampton flying high in 3rd position.

Saints fans now have to deal with the very real prospect of Pochettino following Cortese out of St Mary’s.

“I would not understand staying in this role if Nicola was not here” said Pochettino shortly after he arrived at Southampton.  “The person who actually called me from the start, told me about the project and put faith in me was Nicola.”

It has been a rollercoaster ride since 2009, from the brink of administration in the depths of League One to the heights of the Premier League and possible European qualification.  This week’s events could have a huge bearing on where Southampton head in the near future.  Will the wheels come off?  Will Pochettino stay past this summer?  If he does will he be able to keep their key players now that Cortese has gone?  Will Katharina Liebherr carry through with her wish to sell the south coast club?

Only time will tell but it promises to be an interesting new chapter on your journey, Saints fans, enjoy it!