Uruguay have risen to the heights of the 6th best team in the world according to the FIFA rankings.  This is on the back of their performances since the 2010 World Cup.  In South Africa they finished 4th in the finals, thanks to the free-scoring Diego Forlan who bagged a total of five goals that summer.  Forlan, now thirty-four, will play a much lesser role in Brazil but Uruguay have strikers like Suarez and Cavani who are just entering their prime and playing possibly the best football of their careers, Suarez especially.  The Liverpool forward scored eleven goals in qualifying while Cavani got another six.  They have Cristian Rodriguez creating for them and he also scored three goals himself along the way.  Uruguay won the 2011 Copa America but then hit a blip early-on in qualifying.  They recovered their form and Oscar Washington Tabarez’s men just scraped fifth position in the South American group.  This earned them a playoff against Jordan who they beat 5-0 on aggregate, all the goals coming away from home in the first leg.  Tabarez also has other players such as Diego Lugano in the centre of defence and Fernando Muslera in goals.  Uruguay contain such firepower up-front that it would take a brave men to bet against them reaching the semi-finals stage at least.

Costa Rica’s Colombian coach Jorge Luis Pinto has seen his Costa Rica team grow from strength-to-strength over the last two years.  They were very consistent in qualifying; finishing 2nd behind Mexico in their first group and then 2nd behind USA in their final group stage.  Bryan Ruiz is one of their best performers on a regular basis.  Ruiz currently ply’s his trade in Holland with PSV – on loan there from Fulham.  Costa Rica’s squad has players such as Bolanos, Saborio (top scorer in qualifying with eight goals), the young-and-skilful Joel Campbell, and Keylor Navas of Levante is their goalkeeper.  Costa Rica are currently ranked 34th in the world.

Roy Hodgson’s England qualified from their group as undefeated winners, one point ahead of Ukraine.  They are currently ranked 12th in the world.  Like many of Hodgson’s teams, England have gone about their work quietly not attracting much attention outside of their own media sphere.  It is within that sphere however that expectation will again be raised to an unrealistic level, as it is before every finals.  England have one World Cup title to their name, from 1966 when it was held on their own soil.  Since then the closest they came was the semi-finals in 1990 under Bobby Robson.  Germany were the victors that day as they were in South Africa four years ago when they met in the last sixteen.  Joachim Low’s men won 4-1 in 2010, advancing easily and showing the gulf in class between the two nations when the pressure was really on.

England do have a wealth of experience to call upon in Brazil with Rooney, Gerrard, Lampard, Ashley Cole and others.  Some young talents that are also on form this season just in time for Brazil are Raheem Sterling, Jordan Henderson and Daniel Sturridge of Liverpool plus Arsenal’s Alex Oxlade-Chamberlain.

Hodgson is not a brilliant tactical manager and there rarely seems to be a plan ‘B’ for his teams.  England are in one of the toughest groups and they will struggle to advance past this stage.

Gianluigi Buffon and Andrea Pirlo are the only remaining members from the 2006 World Cup winning team who will be with Italy again in Brazil this year.  Usually slow starters at the finals Italy will need to hit the ground running to earn qualification from this group.  Balotelli loves the big stage and coach Cesare Prandelli also has attackers such as Pablo Osvaldo, El Shaarawy of AC Milan, and Guiseppe Rossi to choose from .  Italy qualified in fine form, winning their group by six points ahead of Denmark.  Balotelli and Osvaldo scored five and four goals respectively along the way.

This group is very difficult to call.  Uruguay are going to relish this years finals however and expect them to have too much attacking power and pace for England and Costa Rica.  The Italians generally seem to perform well when the world is watching and they may well snatch the second qualifying spot from this group.

Join us again in a few days for our preview of Group E. 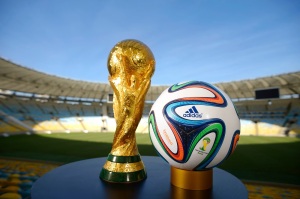